Creating a Crossroads of Traditions

Muziekpublique is a non-profit organisation based in Brussels, aptly described on their website as a collective striving to bring audiences together “in a spirit of enjoyment, discovery and respect for cultural diversity”. In a world where conflicts can often arise due to our differences, it is essential to celebrate that there is more that unites us than separates us. Highlighted strongly in their ethos and musical acts, this inclusivity is paramount to the endeavours of Muziekpublique, constructing musical bridges regardless of country, history or political agenda. Through the Muziekpublique Showcase, audiences can be exposed to several groups who strongly embody these ideals.

Las Lloronas are a Brussels-based trio, who share a passion for sociology, activism and art. The three artists, namely Amber in ‘t Veld (vocals, guitar), Sura Soloman (vocals, accordion, ukulele) and Marieke Werner (clarinet, vocals) produce a sound that is uniquely enchanting and radiates raw emotion, indicative of their folklore influence. The group’s philosophy is that in the folk genre, passion is of prime importance, with skill becoming a secondary feature. This outlook is evident in their work; each song conveys a multitude of emotions. A combination of seamless harmonies and mellow vocal texture partnered with multilingual feminist poetry creates a performance setting one may describe as a “battlecry” for the modern woman.

Their song ‘Prayer’ strongly exhibits these features, with effortless ornamentation, musical conversation between voice and clarinet and rhythmical spoken word interspersed throughout. These three musicians communicate a sense of empowerment and strength, which sparks a unique performance. 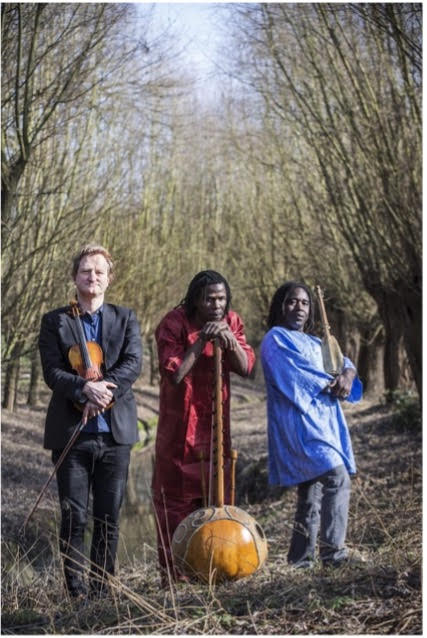 With their band name translating as ‘travellers’, Tamala explores the infinite possibilities that can be achieved through their diverse musical background. Originating from Senegal and Belgium, this trio presents a musical setting that is a contemporary homage to the West-African tradition.

Mola Sylla, the group’s vocalist, is a Senegalese singer who possesses a gravel-like timbre that conveys his passion and emotion in every piece. He is accompanied by Bao Sissoko, a renowned kora-player who is recognised for his talents throughout Europe. This West-African harp is played expertly in the hands of Sissoko, producing a soothing sound that is paired beautifully with the mellow tones of Belgian folk violinist Wouter Vandenabeele. These three musicians present a virtuosic performance, while also highlighting the raw emotion that is indicative of traditional folk music.

“In the first place, we want to be seen as musicians, as people and not as refugees”. Syrian ud player Tareq Alsayed of Refa says, describing the importance of their message – that their group is an accumulation of musicians from various countries who strive to weave links between their music. The cultural backgrounds present within this group include those from Syria, Iran, Afghanistan, Turkey, Tibet and Belgium; a love of music being a common thread throughout. Formerly known as Refugees for Refugees, many of these musicians have fled their native countries due to dangerous living conditions or political unrest. But this has not hindered their appetite for musical exploration. Creating bridges between contrasting musical traditions is of prime importance for Refa, which is evident in their ability to produce harmonious music with different instruments and vocal styles. Alsayed also highlights that through their music, “we try to reverse what’s happening” in the world, by emphasising that if differing traditional music styles can happily co-exist, so can differing individuals. 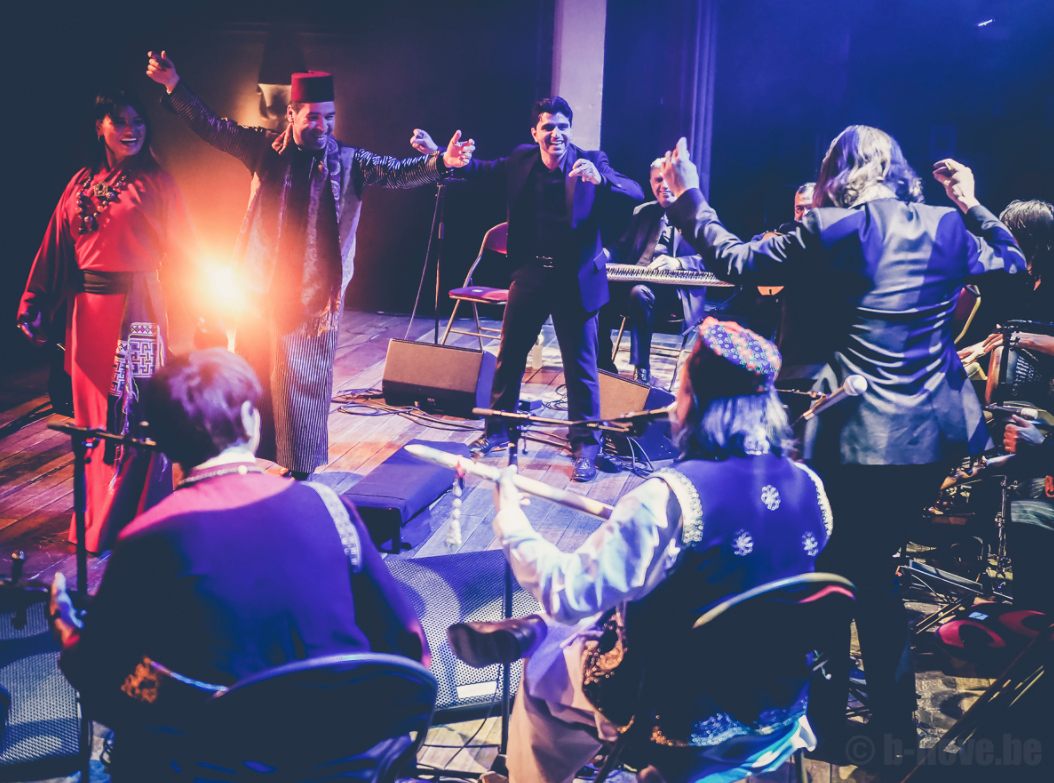 Vardan Hovanissian and Emre Gültekin are a sound of hope created through traditional instruments from two contrasting nations, a symbol of Turkish-Armenian reconciliation. Described as having a “borderless friendship”, the richness of their musical heritage is conveyed through their releases of traditional and newly composed repertoire. Vardan Hovanissian evokes endless emotion through the mellow tones of the dudk, a double-reed instrument dating from the fifth century. Deeply rooted in traditional Armenian music, his collaboration with Gültekin verifies an acknowledgement and respect for these neighbouring traditions.

Playing the Middle Eastern saz, Emre Gültekin is an accomplished musical artist who composes film music while also working as a sound engineer. He was greatly influenced by the stylings of his father, who composed pieces that are integral to the Turkish folk song canon. This partnership is a stroke of genius. With subtle saz accompaniment perfectly supporting the melodic dudk, one could hardly believe that these instruments were virtually separated by cultural difference.

The vital work carried out by Muziekpublique highlights the always-evolving universal appeal for music and the artistic desire to collaborate, regardless of cultural background. Shining a spotlight on their uniqueness can only lead to more well-deserved recognition for pushing boundaries and incorporating the unexpected. Each of these acts create music that is against the grain of mainstream ideals, but then again, everyone knows that only under high temperature and pressure can a diamond form.