Geordie Hanna, “The man and the songs” 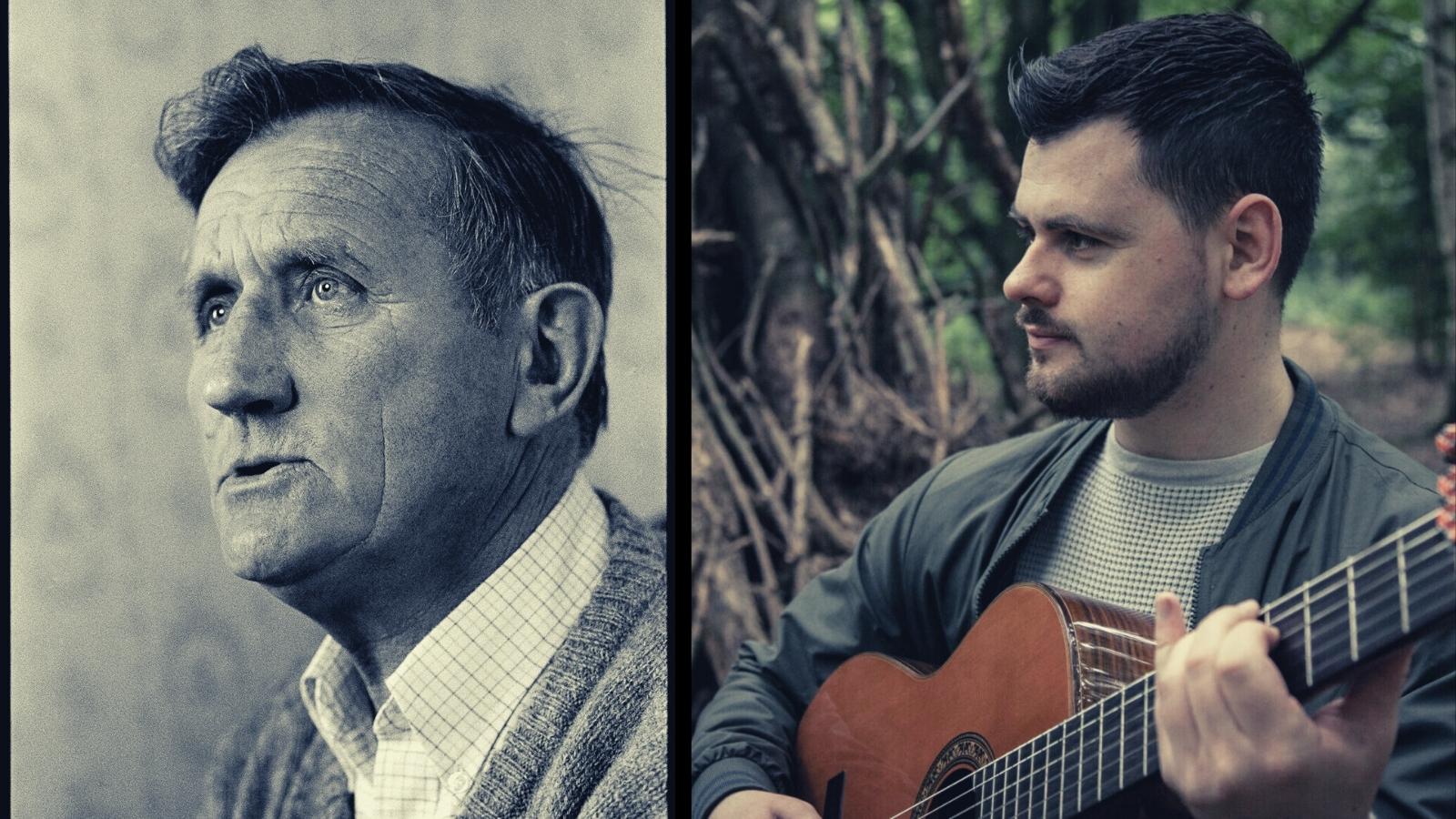 A concert in celebration of the songs of Geordie Hanna featuring

Geordie Hanna is recognised as one of the finest Ulster singers, with a unique singing style and repertoire of songs of the Loughshore area of east Tyrone. He drew influential broadcasters and folklorists intrigued by his (and sister Sarah Anne’s) unique singing style. He performed regularly on television and radio and at Fleadhanna and singing workshops.

In 2021 the book “Geordie Hanna -The Man and the Songs” was published, which collects the songs he was known for along with a vivid depiction of his life and his place within the world of Traditional music and the wider culture. Written by Martin J. McGuinness, a nephew of Geordie, it brings together research and recollections of Geordie’s family and friends into a great source of information for people young and old.

“Geordie Hanna was a great man and a greater singer. Those of us who knew him, knew that. When he sang, he embodied his time, his place and his people…” Dr John Moulden.

“Geordie’s reputation as one of the finest traditional singers of our time is beyond dispute. The wealth of the knowledge he possessed is well known, yet he never forgot how he came by a song, he never resented passing it on from him to whoever would use it on again...” Bernadette McAliskey (née Devlin).