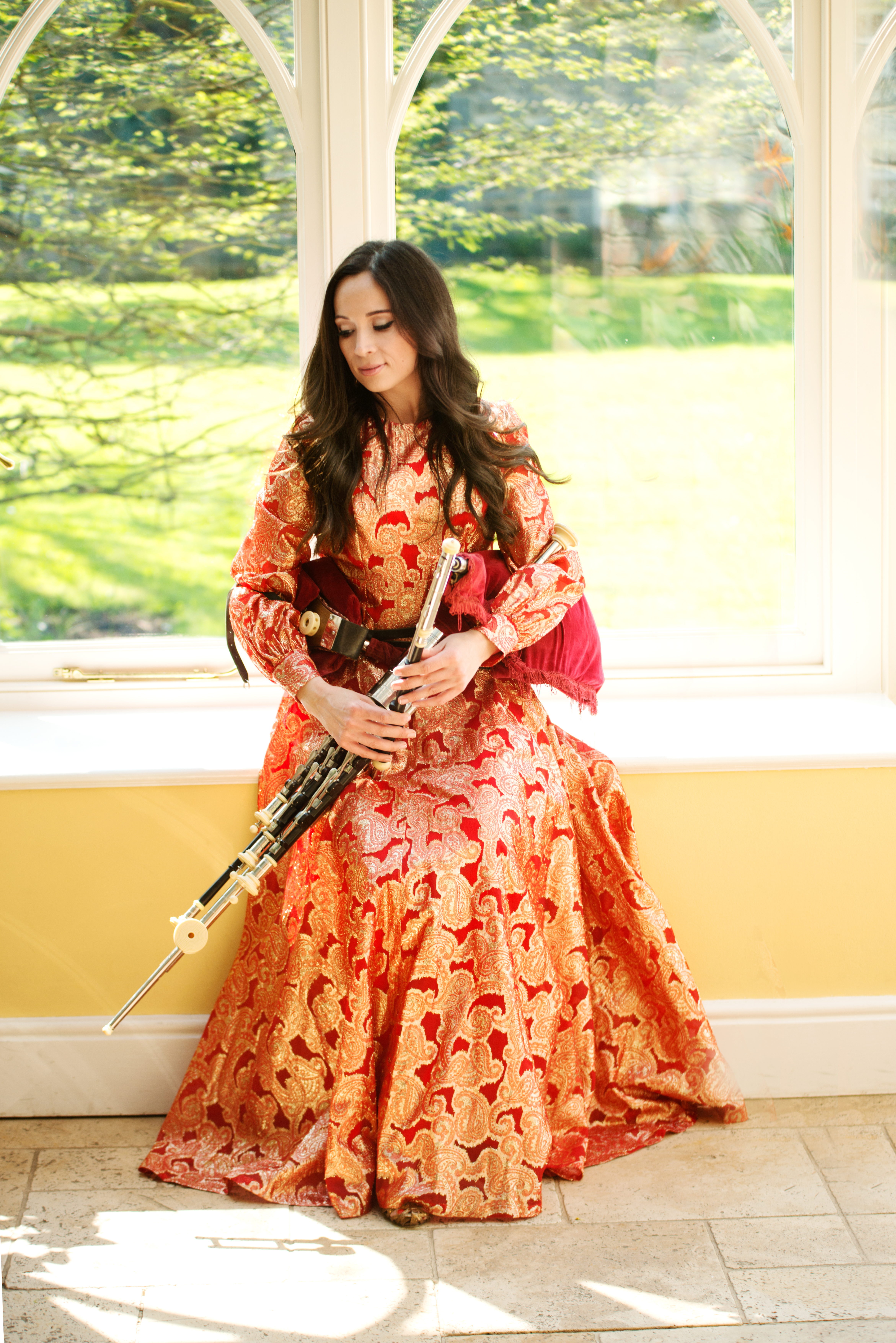 This lecture will trace the history of women in uilleann piping throughout the 19th and 20th Century. The uilleann pipes is an instrument long associated with male players and throughout history has been a male dominated tradition. Louise Mulcahy from Abbeyfeale, Co. Limerick is a well established performer on the uilleann pipes and flute and comes from the well known Mulcahy Family. Together they have travelled the world performing in America, Canada, Asia, New Zealand, Australia and Europe.

Louise is a researcher in Irish traditional music and is also a highly sought after tutor on both uilleann pipes and flute. Throughout 2018, Louise has worked on the documentation of women in uilleann piping. Historical records and publications have featured many male performers but little documentation or publications relate to the women who played the uilleann pipes during the 19th and 20th Century. Louise has worked throughout the year to unearth material, photographs and documentation on these important women. This material is of cultural, musical and historical significance and is a unique part of history. Louise is bridging the gender divide "aided in no small measure by her ground breaking musicianship” – The Irish Times. Louise was named as one of the Stars of 2018 in the recent Irish Times culture review. Louise has delivered lectures both in Ireland and abroad presenting at The Willie Clancy Summer School, Stormont House, Notes and Narratives Lecture Series NPU, O' Flaherty Irish Retreat in Texas, Cruinniú na bhfliút, Swords Castle Fingal Fleadh and Fair amongst others. Louise was awarded Female Musician of the Year at the Live Ireland Awards 2017, 2015 and previously in 2005 with her sister Michelle.

In 2014, Louise released her highly acclaimed début solo album titled “Tuning the Road”. Alongside four album releases with father, Mick, and sister Michelle, Louise also appeared a number of years ago on Na Píobairí Uilleann’s compilation of young pipers entitled “A New Dawn’. Louise also featured on the Uilleann Pipes UNESCO Heritage Bid short film submitted by the Department of Arts and Culture in 2016. On this video Louise presented spoken material and performed on the uilleann pipes. Louise is a regular contributor to many music programmes, nationally and internationally, on television and on radio and has also presented the traditional Irish Music series “Geantraí” for the Irish language television station TG4.