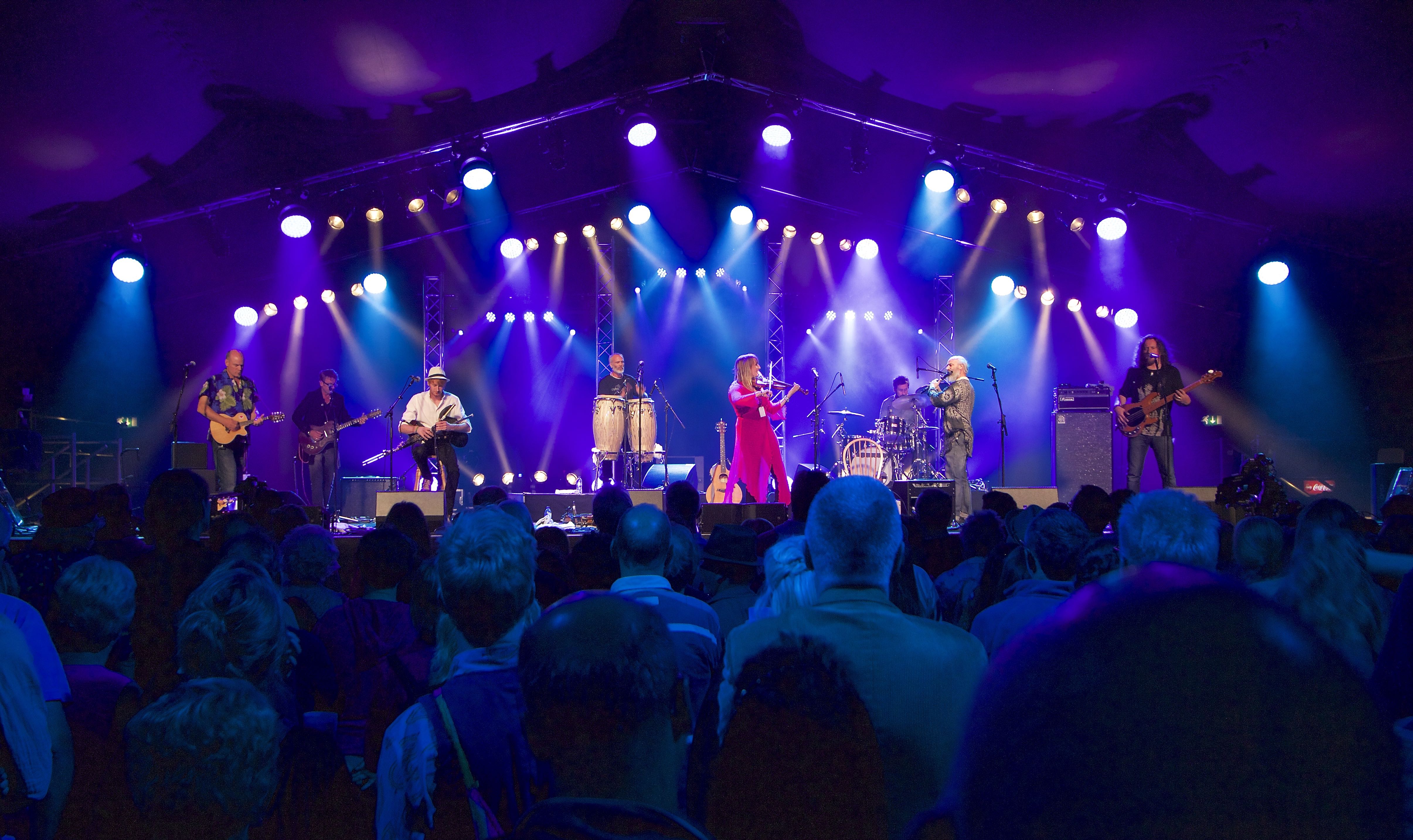 Formed at school in Dublin's late 1980's, Kíla are heralded as one of Ireland’s most innovative and exciting bands. Their unique sound has been ever evolving, rooted in tradition, yet inspired by a myriad of influences and ideas from all around the world. Often defined as contemporary Irish World music, Kíla fuse the effects of their own melodies and Irish lyrics, Irish folk instruments with djembe, congas, drums, mandolins, brass and acoustic/electric/ bass guitars.

Kíla's eight members come from the differing musical backgrounds of traditional, classical and rock. The result is a fresh blend of freewheeling instrumentals, furious jigs, and primal rhythms that transcend the traditional boundaries of Irish music.

"Softly spoken off stage and complete lunatics on it, Kíla have torn up the rulebook with their wantonly eclectic mix of styles, Brilliant!’" Hotpress

Árchú is a collaboration that first came together in 2015 at the Earagail Arts Festival. Its members come from different musical backgrounds of sean-nós, trad and rock and their style is a blend of post-rock and electro-acoustic sounds, with echoes of traditional Irish music, interspersed with spoken word and harmonies. They sing in Irish.